This e-mail copy & paste sequence template will allow you to Grow your business by turning cold leads into warm clients.

The coupon code you entered is expired or invalid, but the course is still available! 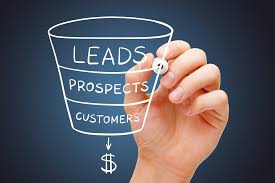 Go in your draw and pull out all of those old business cards you've collected from your last networking event. We provide you with a easy plug and play 5 email sequence design to get more sales!

As a professional or upcoming content creator, it is very important to get new customers to become aware of your brand’s offers and services. Thanks to FlashFilm Academy, our Cold Email Templates for content creators is a complete package with five primary email series that allow you to reach out new clients and be able to build a rapport that helps you set appropriate appointments that will eventually lead to more bookings. This uniquely crafted automated email sequence provides custom written email sentences with an appropriate call to action to improve the chances of sales.

You can increase your average marketing conversion rates and improve sales without spending a fortune on marketing strategies. And even better, this offer comes with an objection e-mail template to help overcome the most common objections by clients. Even when clients reply that they are not interested, or that the offer is too expensive and that they are not sure if it will work, we have got you covered with appropriate objection emails that will bring them back on track and eventually convert to sales. Optimize your sales today and bring in new bookings and customers with our Cold emailing templates.

Ty Turner, the founder of FlashFilm Academy and US Army veteran, has experience as a combat photographer and videographer. Creating content under the harshest conditions at the highest level of the government. After his military career, he transitioning to corporate America holding positions with companies like TGI Fridays, Texas Instruments, and DELL. Where he was not only tasked to create content but was brought in to be the architect behind their internal multimedia departments designed to support marketing, social media, and learning and development content. He later went on to launch his own production company FlashFilm Media, that quickly became one of the most trusted production companies in the region. Working with companies like Raising Canes, Verizon, Toyota, PGA, KIA, Dr. Pepper, Walmart, Google, Samsung, and more! On the path to growing his company, he notices that there was no blueprint or resources to building a content creations company. So he founded FlashFilm Academy, an online training platform designed to help other content creators grow their business.

First Section
Available in days
days after you enroll

When does the course start and finish?
The course starts now and never ends! It is a completely self-paced online course - you decide when you start and when you finish.
How long do I have access to the course?
How does lifetime access sound? After enrolling, you have unlimited access to this course for as long as you like - across any and all devices you own.
What if I am unhappy with the course?
We would never want you to be unhappy! If you are unsatisfied with your purchase, contact us in the first 30 days and we will give you a full refund.
off original price!

The coupon code you entered is expired or invalid, but the course is still available!